This part consists of websites connections upon humanitarian and social issues created by the Herzen Regional Scientific Library. Many websites are created within the framework of cultural and educational projects. All the websites are made up in Russian. You may use Google Translator to translate it. 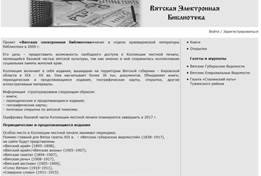 This project has begun in the local lore department in 2009. It gives free access to the collection of the local print, which is a basic part of the Vyatka Region Culture. This collection includes publications issued on the territory of the Vyatskaya Government, Kirov Region in XIX-XX centuries. It combines books, periodicals, extended publications and postcards of the Vyatka sights. 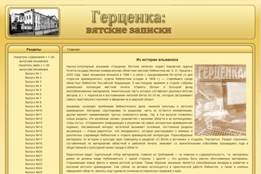 This site is devoted to the popular scientific almanac “Herzenka: The Vyatskiye Notes” which has been released from 2000 by the Herzen Library. The Almanac depicts the problems of the library activities, book culture and local lore studies of the Vyatka Region. It is used by the libraries and educational institutions of the region being one of the resources of the historical dates of the Vyatka Region. The Almanac’s authors are the library staff, outstanding investigators, writers and journalists. This site offers you all the printed parts of the almanac. 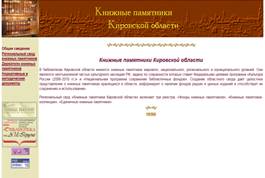 The website contains information on collections of rare and valuable manuscripts and printed editions held in the territory of the Kirov Region. The site was created within the federal programs “The National Storage Program of the Library Stocks” and “Culture of Russia”, which helps to keep and use them.


The Book of Vyatka kins 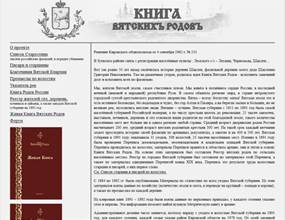 The project of the local lore investigator Vasiliy Starostin contains the information about the geographical settling of kins in Vyatka. In the register of the kins in Vyatka 500 thousand families assign in 25 thousand settlements including church living, activity, and distance to the modern regional settlement. The alphabetical index of the living areas is made up including about 50 thousand names of the villages and countrysides. The dictionary of the Vyatskiye surnames is made up including 10 thousand surnames with interpretation and history (since 1615).


To the Heroic Soviet People 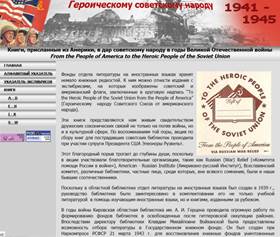 The site contains books collected by the charity organization, different libraries and private persons from the USA for suffered soviet libraries during the Great Patriotic War. There are book plates on the publications on which the Soviet and American flags are printed with the inscription “To the Heroic People of the Soviet Union from the People of America”. 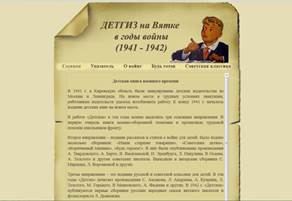 The project tells us a story of children’s publishing houses evacuated to the Kirov Region from Moscow and Leningrad during the Great Patriotic War. There are children’s books issued in the difficult war time on the territory of the Vyatka Region.


The Portrait on the Book Shelf 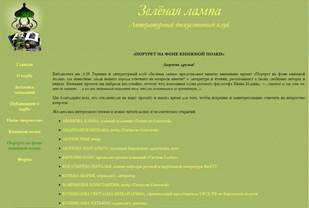 Famous people of Kirov answer the questions about literature and reading on this site, and also they tell about their favorite writers and books.


People or Rubbish: who will be a loser? 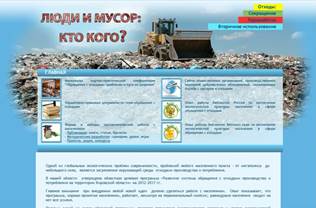 This site is devoted to the one of the main ecological problem of our world: environmental pollution by waste products. The regional program “The development of the utilization rules of the waste products on the territory of the Kirov Region” during the period from 2012 till 2017 is introduced. The site presents the publications, articles, booklets, methodological materials, internet resources and also there is a work experience of Russia’s libraries including the Vyatka Region.